To share your memory on the wall of Anthony Fabian, sign in using one of the following options:

Consider providing a gift of comfort for the family of Anthony Fabian by sending flowers.

We encourage you to share your most beloved memories of Anthony here, so that the family and other loved ones can always see it. You can upload cherished photographs, or share your favorite stories, and can even comment on those shared by others.

Posted Apr 24, 2021 at 09:26pm
Georgie and family, When I saw the notice of the passing of your mom, my first thought was that I was so glad you had more time than you ever expected with her. Because she was amazing and courageous, and inspiring, just as you said. But no amount of time with the ones we love is ever enough, and then to see you lost your dad as well, I know that must be heartbreak like no one could ever imagine. They must have had a love together that we can all only wish for, and loved their children and grandchildren with all that they were. Together they were amazing, courageous and inspiring, and I am so sorry you have lost them.
Comment Share
Share via:
SR

Posted Apr 23, 2021 at 05:18pm
To Tony & Linda's family our most sincere condolences. Our connection, many years ago, was at St. Matthew's Cathedral when we lived in Brandon. They were such fine, caring people and so glad we had the pleasure of knowing them both.
Sharron & Dave Reed, Salmon Arm, B.C.
Comment Share
Share via:
GD

Posted Apr 18, 2021 at 08:49pm
Our deepest sympathy on reading of the passing of both your parents. They were always supportive of your activities back in the early school days, as well as at your sporting events. Your parents often spoke of how proud they were of all of your endeavours.
Our thoughts are with your families at this time.
Memories are our true gold.

Posted Apr 16, 2021 at 03:43am
To each of Tony Fabian’ children I offer my deepest sympathy. To lose your Mother and then your Father within such a short time span is overwhelming. My connection was mainly with your Father, the podiatrist with whom I had regular appointments until he retired. He was a true professional in every sense of the way; he knew what he was doing and recognized additional health concerns. Our discussions during his attention on my feet were so engaging that I sometimes wished I had another pair of feet so we could finish the topic which included everything from the Blackberry to panoramic photography, from being a very proud parent to a devoted husband and grandfather. His life on earth was far too short. Wrap yourselves in precious memories as you cope with this loss. Our sincere condolences.
The Bowslaugh Family
Comment Share
Share via:
KB

Posted Apr 10, 2021 at 01:55pm
Our deepest sympathy and condolences to you in the loss of both your parents, Linda and Tony. Our thoughts and prayers are with you during this difficult time.
Karen, Matthew and Hilary Barteaux
Comment Share
Share via:

What a great soul Tony was, I will miss seeing you at Starbucks. I knew Tony from many mutual friends from the Vineyard church, I also did some painting for he and Linda in their home, amd of course seeing him frequently at Starbucks when he came in to get drinks for himself and Linda. He always had a big smile, amd a story to share.
JV

sincere condolences from all the Verwaayens 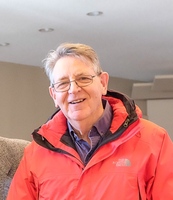 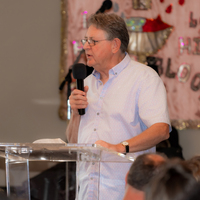 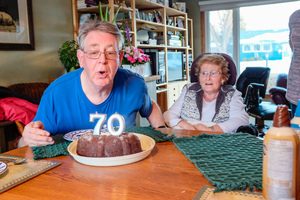 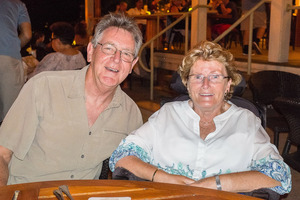