To share your memory on the wall of Clemm Larsen, sign in using one of the following options:

Clemm was born in Plaster Rock, New Brunswick on December 21st, 1931. Raised in Apple River, Nova Scotia, he was the son of the late Carl Madvig and Mary Alice (Field) Larsen. He joined the Royal Canadian Air Force in January 1949 at the age of seventeen and served over twenty-seven years as an Air Traffic Controller; retiring as a Master Warrant Officer.

His Air Force career took him from Goose Bay, Labrador to Zweibrucken, Germany, back to the East Coast where he retired in Shearwater, Nova Scotia. He served all RCAF bases east of Montreal. At one time, Clemm was believed to be the youngest Flight Sergeant in the post-war RCAF at twenty-four years of age.

Clemm managed the Annapolis County Exhibition from 1977 to 1980. During that time, the large main entrance building was constructed and many improvements to the buildings and grounds were carried out.
He was appointed to the Nova Scotia Health Services and Insurance Commission in 1979 and served there for twelve years, the last ten as Chairman, retiring in December 1991.

Clemm belonged to the Masonic Lodge for sixty-six years and was a longtime member of the Progressive Conservative Party. He was an avid fisherman, gardener and genealogist. Clemm was very interested in the local history of Nova Scotia, being descended on his mother’s side from the founders of Halifax, at least seven Loyalist officers, the New England Planters and the Yorkshire settlers. He wrote two books, Away Down Shore and More Down Shore, which combined his personal recollections and detailed knowledge of the Cape Chignecto region in Cumberland County, Nova Scotia.

As well, Clemm was proud of his Danish roots and maintained close contact with his family from Denmark. He visited the island of Laeso, his father’s homeland, five times over the years.

Many fond memories were made at his home in Wards Brook, Nova Scotia overlooking the Bay of Fundy. Clemm had the “million-dollar view” of the ocean from his deck and he welcomed friends and relatives to come, relax and stay awhile. Beachcombing, campfires, clam digging, dulsing, berry picking, lobster suppers and quad rides were all part of the enjoyable times spent at Clemm’s acreage on “Larsen Lane.”

After relocating to Manitoba, Clemm volunteered at the Commonwealth Air Training Plan Museum for seventeen years. He appreciated his time assisting with the Museum’s World War II archives and made many good friends there as well.

Lives of great men all remind us
We can make our lives sublime,
And, departing, leave behind us
Footprints on the sands of time.
-H. W. Longfellow
Read Less

Consider providing a gift of comfort for the family of Clemm Larsen by sending flowers.

We encourage you to share your most beloved memories of Clemm here, so that the family and other loved ones can always see it. You can upload cherished photographs, or share your favorite stories, and can even comment on those shared by others.

Posted May 05, 2021 at 07:38pm
To Phyllis and the Larsen Family. MY wife and I extend heartfelt sympathies on the passing of Clemm. WE was a most extraordinary person. I remember Clemm and where they lived in Apple River. We moved away from Apple River in 1937. In recently years I had a number of contacts with Clemm on genealogy matters. He was always helpful and obliging in sharing information on the Spicer family. Lloyd and Vivian Spicer, Truro, NS
Comment Share
Share via:
SM

Scott and I were so very sorry to hear of your Dad's passing. Please know that you are all in our thoughts and prayers. xoxo
Comment Share
Share via:
HC

Posted May 03, 2021 at 12:38pm
Kathy, Kris, and your families, I'm very sorry for your loss. Clem was a good neighbour and friend to our family in Lawrencetown for many years. Condolences to you all as you mourn his passing.
Comment Share
Share via:
JW

Posted May 03, 2021 at 09:12am
Kris and Lynne. My thoughts are with you and your family at this sad time.
Jan Wissent
Comment Share
Share via:
E9

Posted May 03, 2021 at 08:27am
Sending Sincere Sympathy to Cathy , Kris and families at this difficult time, Clem and I go back a long time to our days spent in Lawrencetown.
Comment Share
Share via: 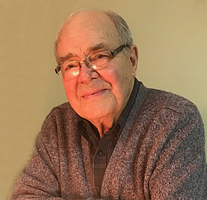 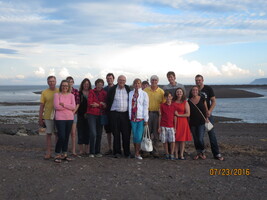 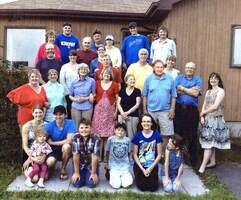