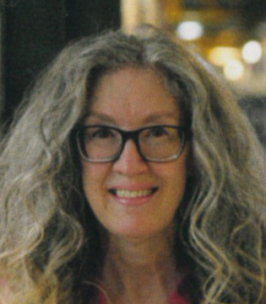 Diane was born in Brandon and lived there her whole life. She attended Central School, Earl Haig Junior High School and Neelin High School, where she was valedictorian of her graduating class, graduating with a BA from Brandon University.

Diane was well-loved in Brandon for her involvement in the community. Beginning as an announcer for CKX, she had a long career as a journalist with the Brandon Sun, covering a broad range of topics with her characteristic style and wit. Diane moved to Assiniboine Community College as an instructor in media studies. Her knowledge and experience in media helped her to shine as a teacher, both at ACC and later at Brandon University.

Throughout her career, Diane remained heavily involved in the local arts scene. She studied voice with Sylvia Richardson and carried on this legacy with her own pupils. She sang professionally with “Cham” Payne, assisted David Wilson and Barbara Ehnes with musical theatre productions, and performed in several productions with George Buri’s “Seven Ages” group, among other ventures. Many people remember fondly her collaboration with pianist Edna Knock in concerts and recordings.

Burial has taken place in the family plot at the Carberry Plains Cemetery. You are welcome to attend the Celebration of Diane’s Life on Saturday, September 24, 2022 at the Western Manitoba Centennial Auditorium, 205 – 20th Street, Brandon starting at 2:00 p.m.