To share your memory on the wall of Eleanor Krywushenko, sign in using one of the following options:

Print
The family invites you to view the Funeral Service. Please click here


KRYWUSHENKO: Eleanor Marion passed away on Thursday, April 29, 2021 at the Brandon Regional Health Centre. Eleanor was born on January 2, 1937 in Dauphin, Manitoba to Peter and Anne (nee Beyko) Mymko. She started school at Comrie, then attended Mineral Creek in the Ashville District until her family moved to Dauphin in 1947. Eleanor continued school in Dauphin followed by Little’s Business College, graduating in 1954. She then moved to Winnipeg to work as a receptionist at the Winnipeg Clinic. Eleanor married John Krywushenko at St. George’s Ukrainian Orthodox Church in Dauphin on September 17, 1955. They began their married life in Winnipeg, before moving to Russell, MB in 1960. It was there they started a dry-cleaning business, The Spotless Dry Cleaners, that they ran for 14 years. In 1974, they bought the Home Hardware Store in Russell, which they sold in 1984 and moved to Brandon where they owned the Home Hardware Store until retiring in 1989. In retirement, Eleanor and John enjoyed travelling, golfing, fishing, and visiting family and friends. Church was a very important part of Eleanor’s life, and as a member of the Ukrainian Orthodox Church in Brandon, she served on the executive, sung in the choir, and spent many hours helping in the hall kitchen for different events. Family was also very important to Eleanor and while she had no children of her own, she became very close to her nephews Darryl and Mark, and nieces Jay-Lynne and Marnie. These four young people have many fond memories of good times spent with Aunt Eleanor and Uncle John, especially time spent at Silver Beach. As the children have grown they have maintained a close relationship with their aunt. Eleanor was predeceased by her father in 1982, her mother in 2006, her beloved husband in 2017, brothers-in-law Alex Popow and Donald Cronk and sister-in-law Maureen Mymko. She will be greatly missed by her sister Florine Cronk of Dauphin, brother Morris Mymko of Thunder Bay, sister-in-law Zina Popow of Winnipeg, many nieces, nephews, godchildren and cousins, and her very dear friend Myrna Thompson. Due to Covid restrictions, a private funeral was held Saturday, May 8, 2021 at Sneath-Strilchuk Family Care Centre in Dauphin and Eleanor was laid to rest next to her husband at Riverside Cemetery in Dauphin. Donations in memory of Eleanor may be made to the Brandon Regional Health Foundation, 150 McTavish Avenue East, Brandon, MB R7A 2B3.
Read Less

Donations are being accepted for: THE BRANDON REGIONAL HEALTH CENTRE FOUNDATION INCORPORATED.

Consider providing a gift of comfort for the family of Eleanor Krywushenko by sending flowers.

We encourage you to share your most beloved memories of Eleanor here, so that the family and other loved ones can always see it. You can upload cherished photographs, or share your favorite stories, and can even comment on those shared by others.

Posted May 10, 2021 at 03:58pm
Eleanor was such a kind and caring person. Dan and I always enjoyed visiting with her at the church hall. She will be missed.
Comment Share
Share via:
HS

Posted May 08, 2021 at 05:58pm
Harry & I have very fond memories of Eleanor & John. We were neighbors in Russell for several years and enjoyed many good days with them, from carolling at Ukr Christmas, church and many social outings. We moved to Swan River and they went to Brandon but we always kept in contact. Eleanor & I enjoyed a trip to LA to see Leona and I recall going down a busy LA street in Leona's little bug of a car, zipping around a corner, hollering "hang on girls!" That we did! Eleanor we will miss you. A loving new star in heaven. Rest in peace dear friend.
Comment Share
Share via:

Posted May 08, 2021 at 12:26pm
Auntie Eleanor was just a wonderful person. She always had the most warmest smile and open heart. So many fond memories, from playing in the dry cleaners, to running around the hardware store in Russell after hours. The numerous golf games and time spent at the cabin at Silver beach. More recently the time our whole family was able to get together at Canmore for Christmas. Eleanor will be missed but will always be there watching over us. 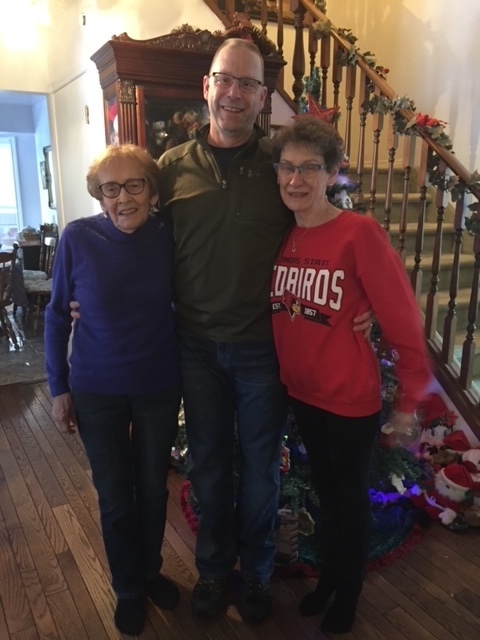 Posted May 07, 2021 at 08:33pm
The very first time that Mark took me out to Brandon to meet Eleanor and John, she enveloped me in the warmest hug, and that was it -- I was family. Although we didn't have as much opportunity to talk over the last few years, her voice resonates in my heart. Eleanor, I will miss your comforting presence, and will forever hold dear the treasures of my own Ukrainian heritage that you encouraged me to explore. Vichnaya pamyat.
Comment Share
Share via:
JL

Posted May 07, 2021 at 01:59pm
Auntie Eleanor was a kind and loving sole. She always had a special place in her heart for her nieces & nephews, and would treat us like royalty whenever we visited. I remember many summers in my youth with her and Uncle John at Silver Beach, exploring, and fishing. I also remember picking out toys from the hardware store after hours, it made us feel very special that we got to shop in their store when nobody else could.

More Recently I had the opportunity with work to travel to Brandon Several times, and was treated to a meal out, and wonderful conversation with Auntie Eleanor. She was a wonderful sole, always looking out for us.
-Love, Jay-Lynne
Comment Share
Share via: 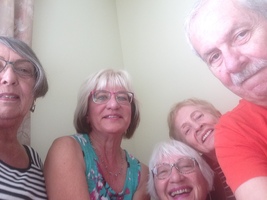 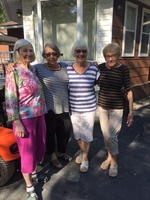 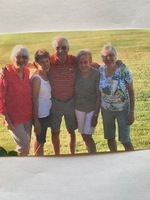