To share your memory on the wall of Frederick Mansell, sign in using one of the following options:

“Verily, we are God’s, and to Him shall we return.” - Bahά’u’llάh
Read Less

Consider providing a gift of comfort for the family of Frederick Mansell by sending flowers.

We encourage you to share your most beloved memories of Frederick here, so that the family and other loved ones can always see it. You can upload cherished photographs, or share your favorite stories, and can even comment on those shared by others.

Posted May 12, 2021 at 09:42am
so sorry Maaureen to see Fred passing we had many good times at Minnedosa Bowl over the year Sincere condolences to all the family !!! Brenda Birch ( Madill) Neepawa
Comment Share
Share via:
RF

Posted May 02, 2021 at 09:16am
Deep condolences to Waine & Caroline, Graham & Diana on the loss of brother Fred.
Thoughts and prayers for you all. Robert & Yvonne Ferguson

Posted Apr 29, 2021 at 09:33am
Hugs and prayers Auntie Maureen. Uncle Fred will be missed. He was a wonderful person full of patience and love. Xoxo Niece Edie
Comment Share
Share via:
LB

Posted Apr 28, 2021 at 02:43pm
On behalf of my wife Brenda and I and Brandon Friendship Centre Adult Upgrading Program, I offer sincerest condolences to Maureen, family and friends.
Comment Share
Share via: 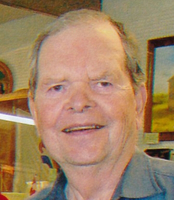