To share your memory on the wall of Kenji Utsunomiya, sign in using one of the following options:

Print
Due to Covid 19, a funeral service will be held at a later date.

Consider providing a gift of comfort for the family of Kenji Utsunomiya by sending flowers.

We encourage you to share your most beloved memories of Kenji here, so that the family and other loved ones can always see it. You can upload cherished photographs, or share your favorite stories, and can even comment on those shared by others.

Posted Jan 23, 2021 at 02:10pm
I have fond memories of Mr. U. He always greeted me with a smile and a big hello! I will miss our chats about sports and, of course, cars.
Marci Davies
Comment Share
Share via:
HS

Posted Jan 05, 2021 at 12:47pm
I am so sorry for your loss. I remember Mr. U very well when I worked at the Co-op Grocery store in Brandon during my high school years. He was always so happy and I got to know him so well I could remember his co-op # as soon as he came through the checkout. He was always very kind and polite and had a joke to share. I am thinking of the family during this difficult time.

Posted Jan 04, 2021 at 07:12pm
My greatest condolences to Kathy, Kevin, and Sandi. Hope the food memories of all of you together help you thru these hard times. Will always remember my younger days of practicing baton in your basement and back yard that you allowed my sister Brenda to have her wedding photos done in. Take care
Paula Walker
Comment Share
Share via:
ES

Posted Jan 02, 2021 at 06:51pm
Sincere condolences Kathy and family on the loss of your loved one. Although I mostly ran into Ken when we were both out grocery shopping, we always stopped for a quick chat. He was such a nice man.
Comment Share
Share via:
SK

Posted Jan 02, 2021 at 05:05pm
As young musicians we spent a lot of time at the Utsunomiya home when we were in high school, and Ken and Kathy never complained about the noise coming from the basement. We felt so welcome, and everybody knew that Ken always had some of his sushi creations waiting in the refrigerator. (Yeah... it was us!) I remember how Ken and Kathy were always together, and two of the kindest people I have ever met. I remember ken's beautiful, immaculate back yard, his great sense of humour, and his love for the game of golf. Ken will be missed by everybody who was fortunate enough to know him, and my memories of him will stay with me for the rest of my days.
Comment Share
Share via: 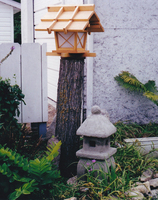 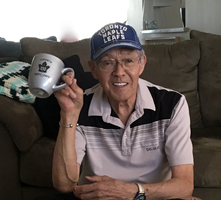