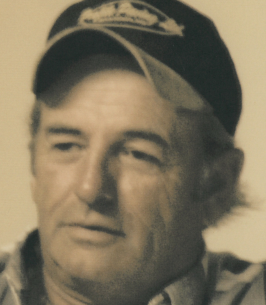 BULLION: Kenneth Wayne Bullion entered into rest after a short and courageous battle with cancer on Friday, July 1, 2022 at the age of 66 years. Born on July 12, 1955 and educated in Brandon, Manitoba, he entered the workforce at the age of 14 years. Ken married Alice Chacun in October of 1974 and shared 48 years of marriage together. In March of 1975, they welcomed their daughter Jan. Ken appreciated the job opportunities he had throughout his life: from 1968-69- summer at Western Grocers, 1970-75 Pool Livestock Auction Mart – penning cattle, 1976- drove taxi for Imperial Taxi, 1977- Campbell & Simpson Farms, 1981- Dairy Farm, 1981- 1982 drove for Ready Oxygen welding supplies. From 1982-83- farm laborer for John Jackson in Sinclair, Manitoba and 1984-85 for Ron Lyke in Wolseley, Saskatchewan looking after cattle and rodeo stock, 1985-94 – Zenith Paving Ltd. Foreman & operator for base crew. Following his career at Zenith Paving, Ken went on to form his own paving company Profile Paving Ltd in 1994 which was his pride and joy. His passion for paving and the wonderful people he met and worked with along the way is truly what Ken lived for. He could always be found working alongside his crew or running equipment. He enjoyed his early morning coffees with a good group of friends before the workday started. He spent his summers laying asphalt and winters pushing snow. Ken was extremely proud of the fact his business employed 3 generations with his grandsons working along with him. If Ken wasn’t at work you could find him on his horse and riding the trails at Canoe Landing in Spruce Woods Provincial Park which was his favorite place to ride. Ken and a group of friends that shared his passion of horseback riding formed the Trail Jockeys and together they put on many miles of riding and camping. Yearly riding trips were made to Saskatchewan, Alberta and into BC which was something Ken looked forward to all year long. His passion for horses made him an avid supporter of various groups such as Livewire Roping, Manitoba Team Penning, and Manitoba Team Roping Association, Crocus Cow Horse Association, H3, 4H… He could be found helping out in any way he possibly could. In 2019, Ken became a Director of Equestrian for Friends of Spruce Woods. He was so very proud of his accomplishments while on the board. He built up the road into Canoe Landing, created new camp sites, donated and set up horse pens, arranged for a new well and any chance he got he went out to enjoy the trails. He loved welcoming new riders to the area and would happily saddle up and ride the trails with them. He was a very generous man who loved to help people in any way he could. He will be dearly missed. Beloved husband of Alice Bullion and loving father to Jan (Kristopher) Lettley, Ken will be lovingly remembered by his grandsons Austin Humphreys (Breanne), Ethan Lettley, sisters Lori (Edward) Hillis, Trudy (Mike) Brown and various nieces and nephews from his large extended family. Ken was predeceased by his parents Frank and Leona Bullion, sisters Lois Bullion and Judy McEwing. Thank you to the staff at Brandon Regional Health Centre Palliative Care Unit for all the support and care you provided Ken in his final days. The Celebration of Ken’s Life was held at Memories Chapel on Saturday, July 9, 2022 with Mike Waddell officiating. Urn Bearer was Ray Wrightson. Donations in memory of Ken may be made to Friends of Spruce Woods, Box 238, Glenboro, MB R0K 0X0.