To share your memory on the wall of Laurney Melnyk, sign in using one of the following options:

Rest in peace Lorne, you will be missed by many.
Read Less

Donations are being accepted for: Kidsport Canada.

Consider providing a gift of comfort for the family of Laurney Melnyk by sending flowers.

We encourage you to share your most beloved memories of Laurney here, so that the family and other loved ones can always see it. You can upload cherished photographs, or share your favorite stories, and can even comment on those shared by others.

Posted Feb 09, 2021 at 08:13pm
So sorry for your loss. I was a martial arts student of Mr. Melnyk, and enjoyed his teaching very much. I will certainly miss him in class. Cathy Foster
Comment Share
Share via:
SM

To the Melnyk family, I am so sorry to hear of the passing of Lorne. All my hugs and love to your family. I was fortunate to know your Dad/husband through the kids at Waverly. Derek and I were in kindergarten together and I was fortunate to watch Abigail dance many many times. I remember both mom and dad being very hands on and loving parents. I would see Lorne dropping off the kids or participating in other school functions. Please take care of each other. From Mrs. M with much love. You have wonderful kids , I so appreciate them!

Posted Jan 30, 2021 at 08:36pm
Suzie, I just read about Lorne's passing, and sending my heartfelt condolences filled with love & hugs onto you & your children. Sylvia Kukurudz
Comment Share
Share via:
DH

Posted Jan 17, 2021 at 06:16pm
Suzie, Abby and Derek. Deeply sorry to hear the loss of your husband and father. My heart goes out to you all. Wishing your family comfort and strength for the days ahead.

Posted Jan 13, 2021 at 01:40pm
Lorne was always such a good natured and positive person. I had the pleasure to work with him for a brief period of time, and cherished his integrity and positive attitude. So very sorry for your loss.
Manon Pascal
Comment Share
Share via: 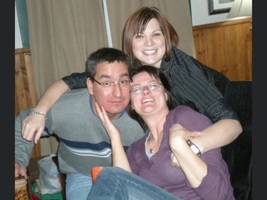 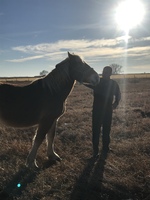 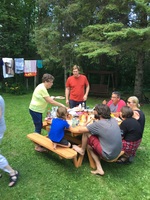