To share your memory on the wall of Marguerite Molgat Hughes, sign in using one of the following options:

Print
Sadly we announce the passing of Marguerite Molgat Hughes on Tuesday, December 15, 2020 at the Brandon Regional Health Centre. A bright and sustaining light in our lives has gone out.

Marguerite was a remarkable person, friend, co-work... Read More
Sadly we announce the passing of Marguerite Molgat Hughes on Tuesday, December 15, 2020 at the Brandon Regional Health Centre. A bright and sustaining light in our lives has gone out.

Marguerite was a remarkable person, friend, co-worker, wife and mother. She lit up the room with her beautiful smile and entranced you with her brilliant blue eyes. She was well loved by friends and family and fondly remembered by all that came into contact with her.

Marguerite arrived in this world at Shoal Lake Hospital on April 29, 1949 to the joy of her parents Louis and Blanche Molgat. She lived with her family of 4 siblings above the Molgat Store in Strathclair until 1964 when they moved to Vancouver, only to return in 1965 to Ste. Rose, Manitoba. In 1966, Marguerite was sent to finish high school at St. Michaels Academy in Brandon. After graduating in 1968, she attended The University of Manitoba to attain her Bachelor of Home Economics in 1970 and her teaching certificate in 1973. After graduation in 1970, she was employed by the Department of Agriculture as a Home Economist in Sudbury, ON and then in 1973 as Extension Home Economist in Portage La Prairie, MB.

In 1976, she went on a blind date in Brandon which began a two year long distance courtship back and forth to Portage, culminating in her marrying her partner for life, Dave Hughes in 1978. They had two of their friends, both United Church Ministers, perform the wedding ceremony at Central United Church following Marguerite's mantra… “Home Ecs. do it better". Marguerite worked as the 4H specialist and Extension Home Economist in Brandon before moving over to Health in 1984 after the birth of her daughter Nicole. Marguerite stayed with Prairie Mountain Health as a Home Economist until 2001 when she suffered a major stroke. This ended her working career as a Professional Home Economist but not her ability to volunteer. She was active with many groups and organizations in Brandon over the ensuing years. Marguerite was a founding Director of Westman Aphasia Inc. and she received the Mayors Volunteer Award and the Manitoba Association of Home Economists Distinguished Home Economist Award.

Even though Marguerite was forced to retire due to her stroke, her will, determination and zest for life allowed her to accomplish many things that she was told she would never ever be able to do. She learned to speak again and how to care for herself. She even mastered doing the daily cryptoquotes in the Brandon Sun. She learned to walk, first one step, then 2, then 10,000 was a daily activity. She was known around the neighbourhood for her daily hikes. She learned to drive again with a little vehicle modification. She took up making cards, which were prized by anyone who was a recipient. She loved being around her grandchildren, tending to her flower gardens, travelling to foreign locals and spending time at the family cottage just outside of Clear Lake.

Marguerite was surrounded by many special friends. Her “sisters", Heather, Sharon, Sheryl-Lee and Kathy, a group who were storm stayed together during a blizzard and gathered often after that to enjoy fancy meals, good wine and lively, raucous conversations in the absence of their husbands. Glenn and Wendy, who have camped and traveled with the Hughes for over 30 years. Lynn, her partner in card making, Charlotte, her walking buddy, Helen and Maureen her church partners, Jim and Kelly the Kings Crib challengers, Karen and Erna her school mates, Lynda and Mona her fellow Home Ec. members, close long distance friends John and Jane in Halifax, Jennifer and Bill in Okotoks and Hazel and Don in Lethbridge, plus many others.

A private Mass of Christian Burial will be celebrated at St. Augustine's Roman Catholic Church with Rev. Fr. John Okosun as celebrant. Interment will follow at Rosewood Memorial Gardens.

Because we are unable to celebrate Marguerite's life together in a fashion she would enjoy, we ask that you raise a glass of your favourite wine to her memory and toast to a wonderful woman.

Consider providing a gift of comfort for the family of Marguerite Molgat Hughes by sending flowers.

We encourage you to share your most beloved memories of Marguerite here, so that the family and other loved ones can always see it. You can upload cherished photographs, or share your favorite stories, and can even comment on those shared by others.

Posted Jan 13, 2021 at 01:20pm
My sincere condolences to Dave, Nicole, family and friends. I knew Marguerite from her time helping to launch the milestones wellness fair for children. She was an inspiration to all who worked with her. Her zest for life and interest in helping others was contagious. She will be greatly missed by all who knew her. May fond memories sustain you at this time. Sincerely, Meryl Orth
Comment Share
Share via:
AF

Posted Jan 06, 2021 at 04:01pm
My sincere condolences to Dave, Nicole, family and friends. Marguerite was a treasure who will be deeply missed. We are all better for having known her, her boundless enthusiasm and her joie de vivre.
Comment Share
Share via:
LC

Posted Jan 04, 2021 at 12:21pm
Margurite's beautiful smile,her warmth and enthusiasm never waned over the years . She was such a lovely person to know and to have worked with in Health. My heart is with you all in this sad loss of one so cherished. The memorial pictures are lovely. Thanks. Lorna Cowan
Comment Share
Share via:
CF

Posted Jan 02, 2021 at 05:08pm
God has chosen a special angel. May happy and loving memories of Marguerite provide you with comfort now and in the future.
Comment Share
Share via:
CA

Posted Dec 31, 2020 at 03:46pm
Dave and Family: It was with great sadness that we heard of Marguerite's passing. She was a wonderful lady with so much enthusiasm and strength. She will be sadly missed. Our heartfelt condolences at this difficult time. Con and Elaine Arvisais
Comment Share
Share via: 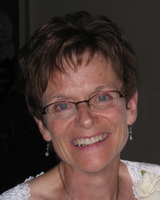 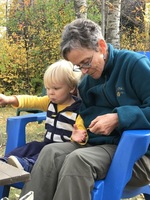 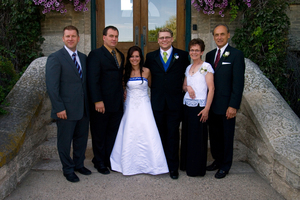 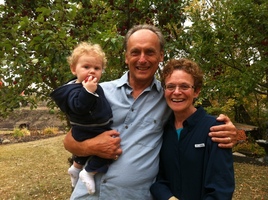