To share your memory on the wall of Michael Kawchuk, sign in using one of the following options:

The eldest of three sons, Mike was born in Keld, MB on April 23, 1931 to Nicholas and Annie (Baran) Kawchuk. There he attended the Le... Read More
Michael “Mike” Kawchuk died peacefully on Sunday, January 24, 2021 in Brandon, Manitoba. He was 89.

The eldest of three sons, Mike was born in Keld, MB on April 23, 1931 to Nicholas and Annie (Baran) Kawchuk. There he attended the Lemberg School until transferring to the Dauphin Collegiate Institute for high school. After studying at the Brandon Agriculture School, he received a Diploma in Agriculture from the University of Manitoba in 1955. Upon returning to work on the family farm, he met Nettie Frykas at a country dance. They married on June 8, 1957 and moved to Gilbert Plains in 1964.

In addition to his wife Nettie, Mike is survived by his children Brenda Hewlko (Guy), Murray, Marlo and Bonnie; his brother Mervin, and sisters-in-law Elsie and Marjorie. He is preceded in death by his parents, brother Matt, and grandson Kohl Kawchuk Luke. He was a proud father and a proud Gida who sparkled at the mention of any of his five grandchildren—Mallory (Justin Kious) and Brittany Hewlko, Meghan Roberts, Jamie Kawchuk, and Bronte Luke.

Public service played a central role in Mike’s life from an early age. At 35, he was elected as a Member of the Legislative Assembly for Ethelbert-Plains (NDP) in 1966, an office he held until he was elected mayor of Gilbert Plains in 1969. He served as a trustee of Gilbert Plains District Hospital Board, director of the Pool Elevator and Manitoba Farmer’s Union, an appointed member of the Manitoba Water Commission, the Manitoba Public School Finance Board, and the Farm Machinery Board. He was president of Keld Ukrainian Church and Holy Cross Catholic Church of Surrey, BC. Of all his community service roles, serving as secretary-treasurer of Lemberg School Board, a role his grandfather held after helping to establish the school upon emigrating from Ukraine, held special meaning for him.

Mike was a central figure in the community and a great businessman. He started a farm implement business in Gilbert Plains in 1969 and expanded it to Dauphin in 1974. It soon became one of the largest businesses of its kind in western Manitoba. Within a handful of years, he also built two wood product manufacturing businesses in Dauphin.

His staff, constituents, and customers were extended family. He worked tirelessly for them, moving nimbly between meetings—hospital, school, and church boards, town council and other civic duties, community service clubs (Kinsmen, Knights of Columbus), and customer calls. When the Legislative Assembly was in session, he traveled back and forth to Winnipeg. The kitchen table was always open to traveling dignitaries, employees, customers, neighbors, and friends. On Saturdays, it became a constituency office. Customers knew they could call the house at 2 AM during harvest and within minutes “the shop,” as the farm implement business was known, was open.

After retirement he and Nettie moved to the Lower Mainland of British Columbia, eventually returning to their beloved prairie to split their time between Brandon and Clear Lake.

Mike was happiest in the outdoors—farmland or forest. He cherished memories of seasonal camping with family and friends at Blue Lake and was most content chopping wood and listening to the loons at his cottage on the North Shore of Clear Lake. He enjoyed curling, carpentry, a good debate and long, family road trips with the most unusual of campers, The Shadow.

Family and friends, including those of younger generations, found him engaging; his intelligence and pragmaticism fed a stream of astute observations. Mike will be remembered as generous in spirit, colorful in character, and purposeful in his mission to support the communities and economic stability of the Parkland region.

The family thanks the staff of Dinsdale Personal Care Home for their compassionate care. A memorial service will be announced at a later date.

Consider providing a gift of comfort for the family of Michael Kawchuk by sending flowers.

We encourage you to share your most beloved memories of Michael here, so that the family and other loved ones can always see it. You can upload cherished photographs, or share your favorite stories, and can even comment on those shared by others.

Posted Feb 11, 2021 at 04:50pm
My sincere condolences to Nettie and Family. My prayers are with you at this time. Вічная Память

Posted Jan 28, 2021 at 04:34pm
Condolences to the Kawchuk family on Mike's passing. He was a great friend and was full of life. Mike will be sorely missed. May He rest in peace. Ken & Barb Mikolayenko-- Ethelbert
Comment Share
Share via: 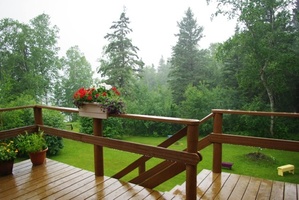