To share your memory on the wall of Richard Blake, sign in using one of the following options:

Print
BLAKE: Richard “Rick” Joseph. Peacefully at his home, on Friday, February 26, 2021, our beloved husband, father, grandfather, son, brother and friend has been reunited with his dad to go fishing once again.

Rick was born November 26... Read More
BLAKE: Richard “Rick” Joseph. Peacefully at his home, on Friday, February 26, 2021, our beloved husband, father, grandfather, son, brother and friend has been reunited with his dad to go fishing once again.

Rick was born November 26, 1956 in Temiscaming, Quebec and was raised in Mattawa, Ontario. He lived in many places in his life, including Sudbury, Elliot Lake and in 1991 moved to Thompson, Manitoba where he lived for 29 years. He retired to Brandon, Manitoba in August 2020.

Rick’s undying commitment didn’t stop with his high school sweetheart and wife of 45 years, Marlene Blake, he was also committed to a career that he loved as a miner, starting in 1975. He worked tirelessly until 2015, when he retired due to illness. He made countless friends and memories along the way. Away from his life in the mine, Rick could be found working on his many cars over the years or immersed in his love of stock car racing- from taking the green flag in his own race car with a huge smile on his face to watching his favorite racers on TV. With a smile that would light up a room, conversations that could span for hours, or practical jokes with friends and co-workers, you couldn’t help but be drawn to him. Rick’s kind help-anyone soul made him a beautiful son, a loving husband, an amazing father and grandfather, brother, best friend, and hero. A life that was a living example of hard work, commitment, and love, he leaves behind more smiles and memories than can ever be counted or truly expressed in words. It is in those memories that he will surely live forever.

Donations in memory of Rick may be made to Northern Manitoba Paws In Need, 141 Commercial Place, Thompson, MB R8N 1T1.
Read Less

Consider providing a gift of comfort for the family of Richard Blake by sending flowers.

We encourage you to share your most beloved memories of Richard here, so that the family and other loved ones can always see it. You can upload cherished photographs, or share your favorite stories, and can even comment on those shared by others.

Posted Mar 12, 2021 at 04:55pm
Danny and I are so sorry for your loss. We miss seeing you both sitting outside surrounded by your fur babies.
Comment Share
Share via:
MB

Posted Mar 02, 2021 at 08:45am
I have way to memories to share but i can tell you that Rick was quite the jokester..if you weren’t watching you would get a wet Willy in your ears . He loved the outdoors, he used to have a stock car that lit up his eyes when he got strapped in for his race..Had a deep love affair with his precious souped up Camaro lol, thanks for that Mike May. He loved racing and was a very avid NASCAR Fan. He was a quiet man but he would always have a wisecrack for you, in high school he would always do stuff to my locker or throw nibs at me in class.. We have been through thick and thin in our 48 year years together but we always made our way . I will always love you. Rest easy my love❤️
Marlene Blake
Comment Share
Share via:
A

Posted Mar 01, 2021 at 11:09pm
So many memories together, from our trips to Winnipeg and Thompson, the Blake family's trips to Brandon and recently the many coffees and visits, even when we could only visit through the window. I feel fortunate to have been a part of Rick's life and will miss most of all his stories, his eyes would light up and he would get so excited and detailed I could almost picture myself reliving his memory with him. I feel like he left the world too soon but I know that no time would have been long enough. He will be missed by everyone who was ever lucky enough to meet him.
Comment Share
Share via: 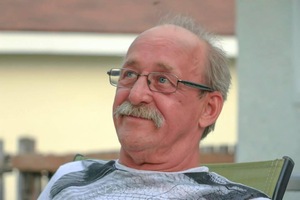 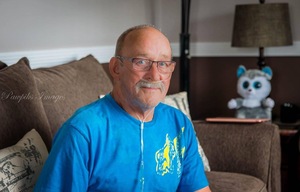 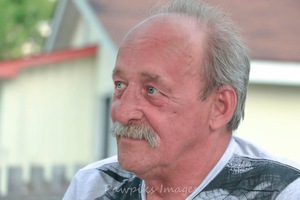