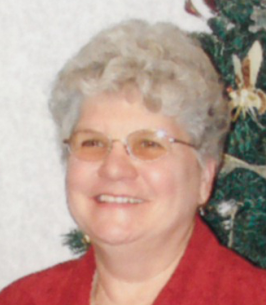 Ruby Jean Leslie (nee Scarrow) passed away peacefully at the Brandon Regional Health Centre on Saturday, July 30, 2022 after a brave battle with cancer.

Ruby was born on July 20, 1946 at Russell, Manitoba, to parents Howard and Zelma (nee Scharf). Ruby attended high school at Elton Collegiate after moving from Spy Hill, Saskatchewan to Forrest, Manitoba. She then moved to Brandon and took a Secretarial Course at St. Michael’s Academy. Ruby married her husband Vern on July 18, 1974 and together they lived in various locations in Southwestern Manitoba; including Douglas and on a farm on the Treesbank Road. In 1985, they moved to Deleau, Manitoba where they ran the Deleau General Store and where Ruby was the post-mistress for 15 years. From there, there was a few years just a few miles further down the highway to another small farm and finally their move to Rapid City, Manitoba in 2003.

Ruby loved her animals; and horses in particular. She took part in horse shows and trail rides all over Western Manitoba. She shared this passion with her daughter, Christine, who was born on September 29, 1972. Ruby also enjoyed collecting horses of all kinds and has a cabinet full of horses she collected since she was a young girl.

Ruby also worked at the Brandon University and at Lindenbergs in Brandon.

Ruby was pre-deceased by her dad Howard Scarrow; mom Zelma Scharf; and brothers Raymond and Vernon.

We would like to say thank-you to all the staff at the Brandon Regional Health Centre who provided care to Ruby during her hospitalization and to the staff on the Palliative Care Unit, a special thank you for the care you provided to Ruby, but also for the compassion and support you showed to us during this very difficult time.

A private interment will take place at Scotia Cemetery. A time of fellowship and remembrance will be held at the Central Community Club, 529 – 4th Street, Brandon, Manitoba at 2:00 p.m. on Saturday, August 20, 2022.