To share your memory on the wall of Lloyd Burton, sign in using one of the following options:

Consider providing a gift of comfort for the family of Lloyd Burton by sending flowers.

We encourage you to share your most beloved memories of Lloyd here, so that the family and other loved ones can always see it. You can upload cherished photographs, or share your favorite stories, and can even comment on those shared by others.

Posted Jan 24, 2021 at 05:58pm
Diane, Barb, & Glen - We were so saddened to learn about your Dad's passing. Mr. B. was a kind, caring gentleman who had a great sense of humour. We will miss seeing him around the neighbourhood. We know that you have wonderful memories of both your Mom and Dad and will cherish them forever. Take care of each other.

Posted Jan 23, 2021 at 12:13pm
Sending our condolences to Lloyd’s family.Being an old gravel guy myself Lloyd and I shared many an hour comparing notes.He was a true gentleman and will be sorely missed.
Walter&Jan Bradley
Comment Share
Share via:
BM

Posted Jan 20, 2021 at 08:38pm
Glen and Families: shocked and sorry to hear of your father’s passing. I always enjoyed seeing he and the other members at the “table of knowledge” at the Richmond Restaurant as he and the others always stopped for a chat.
Comment Share
Share via:
NM

Posted Jan 20, 2021 at 11:45am
Barb, Glen and Diane, I was saddened to learn of your dad’s passing. Then I remembered “Uncle Lloyds” gentle ways, his teasing and his and his honor. He was a fine man. I hope your memories warm your hearts as my memories of him warm mine.

Posted Jan 17, 2021 at 07:36pm
Sorry to hear of the loss of your father. My late husband worked for Lloyd years ago. I used to see him at the Army and navy when I was playing crib and he was there with the pool sharks. He always had to stop and visit for a moment. May he rest in peace. 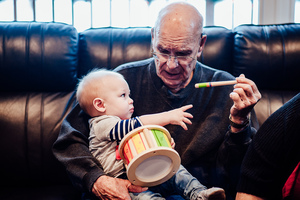 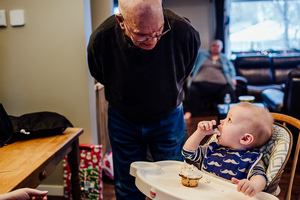