To share your memory on the wall of Mark Rankmore, sign in using one of the following options:

“It is what it is girls”
Read Less

Consider providing a gift of comfort for the family of Mark Rankmore by sending flowers.

We encourage you to share your most beloved memories of Mark here, so that the family and other loved ones can always see it. You can upload cherished photographs, or share your favorite stories, and can even comment on those shared by others.

Posted Jan 17, 2021 at 04:15pm
Mark was the first kid I ever met, and I think I was the first kid he ever met.
We were both living on 7th street, at opposite ends of the block, and in the summer of 1954 we were both out on the sidewalk, riding our tricycles.
It was a great summer day for two guys (strangers) to be out for a ride.
After seeing each other, we approached, slowly, and cautiously, carefully guiding our front wheels to bump.
I distinctly remember that when our front wheels bumped, we looked up at each other and laughed.
After that we were best friends for many years.
We rode our bikes everywhere, played marbles, and blew up lots of stuff with firecrackers lit with a magnifying glass.
Ahhh… the smell of burning ants.
Thinking of him, and our friendship, brought back many memories.
When I read the news of Mark's passing, I poured a wee dram, raised the glass, and said goodbye.
My thoughts are with his family., and all his friends. I am sorry for your loss.

Posted Jan 12, 2021 at 06:07pm
Dear Jan, You and your family are in our thoughts and prayers. Hugs from Carol and Mike Turabian
Comment Share
Share via:
DR

Posted Jan 11, 2021 at 11:10am
So sorry to hear of your loss Jan. Our thoughts and prayers are with you and your family.
Donna and John Robbins
Comment Share
Share via:
J(

Posted Jan 09, 2021 at 11:53am
Janice and family, I am so sorry for your loss. I met Mark playing darts at the Brandon Club many years ago. He was such a kind man and always watched out for us “kids”. I enjoyed reconnecting with him when my family and I would go for breakfast at Humpty’s. His love of his family and friends was always so evident and I know you have many wonderful memories to remember him.
Comment Share
Share via:
CT

Posted Jan 08, 2021 at 04:08pm
Janice, I was heartbroken to hear that Mark has passed. He was a special guy and I enjoyed every minute with both of you. I’ll miss hearing, “How are ya, kid?” Sending you a huge hug.
Comment Share
Share via: 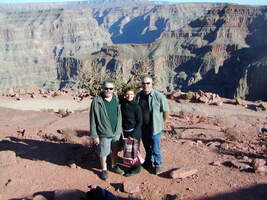 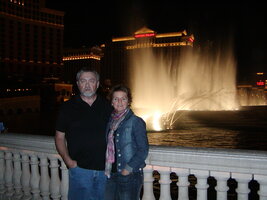 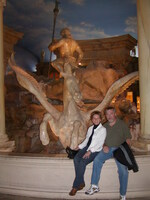