To share your memory on the wall of William Brenton, sign in using one of the following options:

BRENTON: William “Bill” John. It is with great sadness that we announce the sudden passing of our beloved son, brother and uncle Bill on Monday, March 15, 2021. Bill is survived by his parents Bob and Jay, brothers Chuck (Pauline) and Pat (Stephanie), and niece and nephews Garrett, Meaghan, Matthew and Lucas. Bill was born in Winnipeg on July 8, 1965. He graduated from Daniel McIntyre Collegiate Institute in 1984. He had a long career working for the Manitoba Government. His career started with driver testing with Manitoba Public Insurance, where he proceeded to rise through the ranks to a senior position. Bill was an avid amateur pilot and eventually left Manitoba Public Insurance to fly professionally. He found his true calling with Calm Air. He then returned to the government flying jets for Lifeflight, where he retired. Bill had many varied interests throughout his life, foremost of which was coaching hockey. He coached at a very high level and was very respected by all. Bill coached at the provincial and national levels and won many championships. He inspired countless players to be their best. Bill had a large circle of friends and was loved by all. He was always kind and genuine and loved helping others. Bill was devoted to his family and was the primary caregiver to his parents in their later years. He was a dedicated uncle and loyal brother. Bill’s circle of friends extended to Maricopa, Arizona, his second home, where he loved spending as much time as he could. The family invites you to view the Celebration of Bill’s Life remotely on Wednesday, March 31, 2021 at 2:00 p.m. – a link will appear approximately 5 minutes prior to the service on Bill’s memorial page at www.memorieschapel.com. Rev. Fr. Michael Tkachuk as celebrant, assisted by Cantor Stella Fedeniuk. Donations in memory of Bill may be made to the Heart and Stroke Foundation of Manitoba, 1379 Kenaston Blvd, Winnipeg, MB R3P 2T5.
Read Less

Consider providing a gift of comfort for the family of William Brenton by sending flowers.

We encourage you to share your most beloved memories of William here, so that the family and other loved ones can always see it. You can upload cherished photographs, or share your favorite stories, and can even comment on those shared by others.

Posted May 19, 2021 at 12:12am
Bill, I tried to call you today. The weather was beautiful and I thought of you. I still cannot believe you have passed. I met you as a landlord, but I was so fortunate to have gotten to know you as a person in any degree. You showed pure kindness and love. You cared beyond belief. You represented what it means to be a kind, heartful caring person. I am greatful to have gotten to know you. I wanted to help you paint that motor home this summer! But I know your flying among the angels. Rest easy Bill Brenton, I'll never forget you
Comment Share
Share via:
L

Posted Apr 01, 2021 at 01:58pm
I met Bill at MPI. We were developing an Entry Level Professional Truck Driver Program and were fortunate enough to have Bill join our team. Bill’s knowledge, professional manner and skill set were vital in both the development and operational stage of the program. Bill was a treasure. He was an honest, kind man with a depth and breadth of experience and information that amazed me. It was a privilege to work with him and a pleasure to have known him. Such a sad loss. My deepest sympathy to his loved ones.
Comment Share
Share via:
BN

Posted Mar 31, 2021 at 08:30pm
Bryan and I wish to offer our love and deepest sympathy to Bob, Jay and all of Bill's family. We are still struggling to believe such a wonderful friend and person is gone. We met Bill 11 years ago as did all the "Maricopa bunch". It was easy to become great friends. We shared many terrific parties, meals, super bowls, Nascar, Rocky Point trip and just great times. Bill was such a good host as others have commented. He made everyone feel welcome and the more the merrier. The smile, the laughter, the stories..... never dwelling on himself and always interested in others..... all will be so deeply missed. The talent! How could one man be so talented? In so many areas? We sincerely appreciated your friendship and will miss you always. "Til we meet again..."
Bryan and Judy Nestibo
Comment Share
Share via:
DG

Posted Mar 31, 2021 at 08:28pm
I played for Bill on two separate occasions. The First team was the 1998-99 AAA Hawks (he won Manitoba’s coach of the year that season), and five years later when he joined the Junior A Selkirk Steelers. I owe a great deal to Bill. In my first two years of AAA, I was cut two years in a row (not by Bill), however, the 98-99 AAA season Bill allowed me to play for him. More importantly, he helped me regain confidence in myself and as a person both on and off the ice. Because of Bill’s decision, high-level coaching, mentorship, and leadership, I took what he taught me and I was able to move on from AAA, to junior A, to college hockey, and play overseas. He cared more about seeing his players achieve their goals than his accolades. He was an exceptional person and role model. And to this day, I have a special place in my heart for Bill. He gave so much to so many things, he profoundly changed my life for the better, and I have a tremendous amount of gratitude for the time we spent together, the life lessons he taught me, applicable to this day.
Comment Share
Share via:
J

Posted Mar 31, 2021 at 05:32pm
I was a Driver examiner with DVL, in the 90’s and will always remember Bill for his professionalism, respect for others and his genuine caring and his gentle nature and joy of life which he lived to the fullest. I’m saddened to hear that he has passed. A truly wonderful person who was taken too soon. I will always remember his laughter and smile. My condolences go to his family and friends, which he had plenty. Bill was one of the Good ones in this life! Joanne Kolba 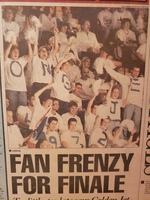 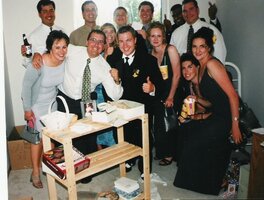